Meet the Live Streaming Team for the Great Texas

We are pleased to announce the live streaming team for this year's Great Texas!  (We will be broadcast all starts and finishes on our live steaming channel, www.justin.tv/greattexas300.)  Leading the team will be Jeremy Leonard from Surf City Racing.  In front of the camera will be John Williams and our technical specialist will be Jorge Trevino.  Below, we give background on each of the members... 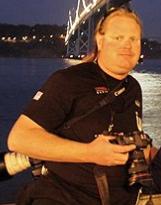 Jeremy Leonard:  Jeremy is the owner of Surf City Racing based in Santa Cruz, California.  Surf City Racing, www.surfcityracing.com, provides video interviews, photo documentation, written articles, and live streaming for sailing events or teams.  Jeremy is passionate sailor who has been active in the sailing community for the past 30 years.  He has covered numerous high profile events including America's Cup trials and other significant west coast events. He is also the former owner of Surf City Catamarans and is very knowledgeable of cat sailing.  During the race, Jeremy will not only be working on the live streaming but will be producing daily YouTube videos. He will be joined on this trip by his wife and 5 year old son.  We look forward to having Jeremy at the Great Texas.

John Williams:  John is well known in the catamaran sailing circles.  He currently lives in Southern California where is is leading up the F-18 World to be held in that area later this year.  (Jeremy will also be providing media coverage for the F-18 Worlds.)  John is also the former director of the multi-hull council for US Sailing.  John sails F-18's.  He is familiar with long distance cat racing having worked with both the Worrell 1000 and Tybee over the years.  John will be the main person on air during the Great Texas broadcasts.  We welcome John to the Great Texas. 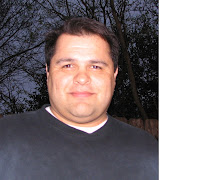 Jorge Trevino:  Jorge is a Texas native who now lives in Austin.  He served as technical specialist for the happy hour broadcasts last year and has agreed to return for the event once again.  Jorge owns a Tornado and is a very active member of the Austin Yacht Club.  When not sailing, he works as an IT consultant in the Austin area.  He will also be helping with the pre-race happy hour broadcasts.  We are happy to once again have Jorge on our media team.
Posted by GreatTexas300 at 9:54 AM No comments: